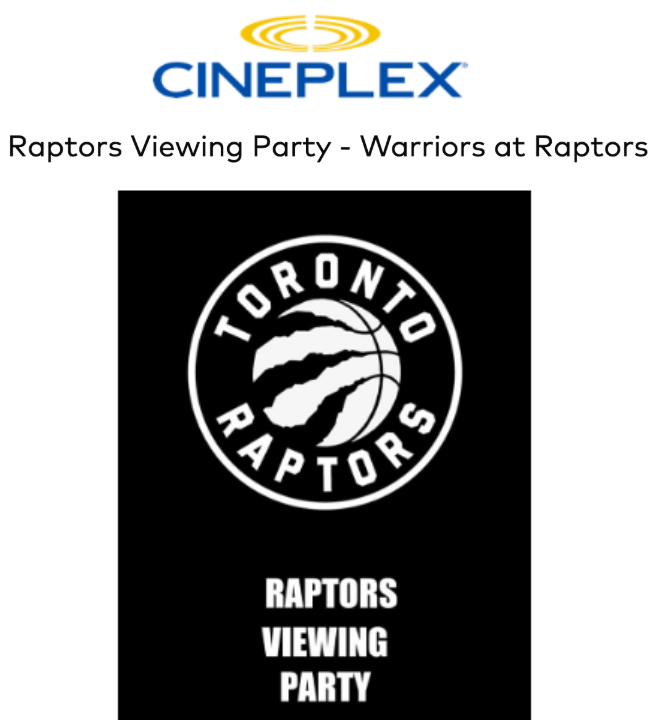 Let’s go Raptors! Cineplex and Maple Leaf Sports & Entertainment have once again teamed up as part of their ongoing partnership to bring #WeTheNorth fever to Raptors fans across the country.

Coinciding with the start of the series Thursday, May 30, 2019, 33 Cineplex theatres from coast-to-coast will host Raptors viewing parties to celebrate the team’s historic entrance into the 2019 NBA Finals. Canadian fans are invited to unite and rally behind the Raptors as they face-off against the Golden State Warriors, live on the big screen, for an immersive experience you could only get courtside at the game.

Tickets to the first four games of the series are available in-person at participating theatre box offices starting yesterday Wednesday, May 29. All Raptors viewing parties are free and limited to two tickets per person, per game.

The 33 participating theatres are: