Future Shop: Trade in Deals for October 19th to 25th 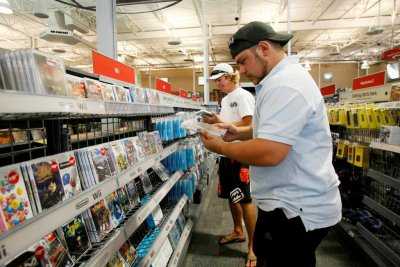 If you have a $10 coupon for the month of Octo­ber already you could use it to pickup a qual­i­fier to trade in, or you could check out some of the other weekly deals com­ing at Future Shop.

The Fine Print (for trade in games)

Valid on PLAYSTATION3, Wii, and Xbox360 games. Games must include boxes. No dupli­cate titles accepted, regard­less of con­sole. Some titles may be excluded. No deal­ers please. See in-store for details. Credit from trade-ins is applied to free game. One trade 2 promo redemp­tion per cus­tomer. Excludes Man­i­toba, Vaughan, Nanaimo, Kelowna and Rich­mond Hill locations.